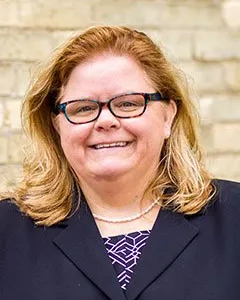 Holly Jensen graduated from the University of Wisconsin Law School in 1999. She then spent two years working as a Court Commissioner and Law Clerk for the Oneida and Vilas County Circuit Courts. She also interned during her final semester of law school with Chief Justice Shirley S. Abrahamson at the Wisconsin Supreme Court. Holly’s experience with the courts has provided her with invaluable insights that she brings to her own practice.

Holly first joined the firm in 2001 and spent six years doing general civil and family litigation, municipal work and estate planning. From 2007 to 2013, Holly was an in-house litigator with a private company, focusing primarily on employment and civil litigation. She rejoined the firm in 2013 and has a general practice, including civil and family litigation, municipal law, estate planning, and probate. Holly also continues to specialize in labor and employment matters. Holly provides representation to employers and employees with respect to employment agreements, separation from employment agreements, restrictive covenants, and other employment-related documents. Holly also prepares personnel manuals and policies for employers and represents employers against claims made by employees and in labor negotiations. She is licensed to practice in all Wisconsin State Courts, as well as the United States District Courts for the Western and Eastern Districts of Wisconsin.

Holly is a member of the State Bar of Wisconsin and the Rock Country Bar Association. Holly enjoys volunteering with VetsRoll, Inc., including serving on its Board of Directors and making the trips to Washington, D.C., as a Bus Leader. She is also a member of the Janesville Noon Kiwanis. She previously served on the Hedberg Public Library Board of Trustees, the Board of Directors of Janesville Youth Baseball, the city of Janesville Zoning Board of Appeals, the Rock County Bar Association Executive Committee (where she was actively involved with the high school mock trial competition) and the Dane County Bar Association (where she was a member of the Courthouse and The Membership committees).

Holly believes that the practice of law requires compassion and understanding as well as the legal skills necessary to meet her clients’ needs. She recognizes that her clients’ concerns are not just legal problems, but part of their lives. She understands that every case is important, regardless of the potential consequences, and assists her clients thoroughly through every stage of the process.

Back to the top